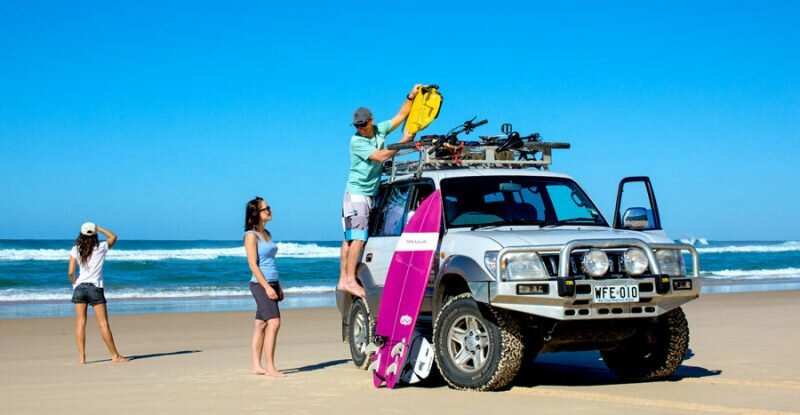 Caravanning and Camping in Macleay 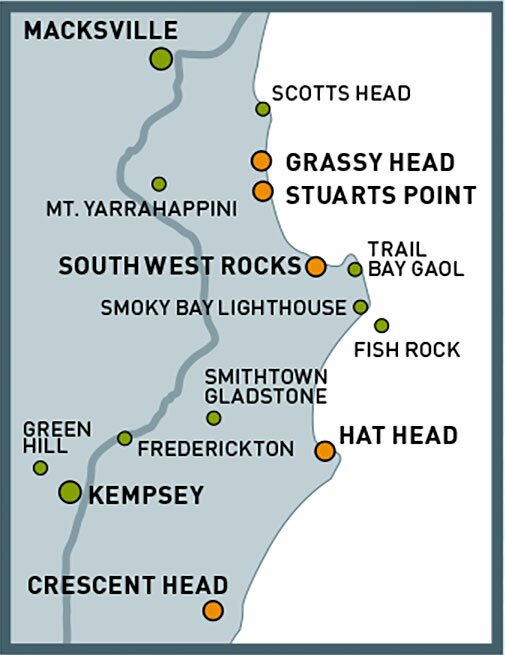 For a caravan or camping experience on the New South Wales coast, it’s hard to beat the natural wonders of the Macleay region and its spectacular tourist parks.

On the well-worn Pacific Highway coastal trek between Sydney and the Gold Coast, the Macleay is conveniently located around the half-way mark. Its beautiful beaches have been winning the hearts of tourists for more than a century.

There are so many miles of pristine coast, there’s always a variety of new places to discover on every visit and somewhere to get away from it all even at the busiest times of year. The surrounding hinterland region is probably the true surprise – and delight – of the Macleay Valley Coast, with crystal clear creeks, towering eucalypts and the warmth of good old fashioned country hospitality. Macleay Valley Coastal Holiday Parks’ team is dedicated to the spirit of a relaxing holiday.
Facilities at each park range from unpowered sites, powered sites and cabins, bungalows and villas.

Mount Yarrahappini
One of the best places
to get a snapshot of the Macleay is from the top of Mount Yarrahappini where on a clear day you can get a panoramic view and see for yourself how the rainforest meets the sea. It’s a good starting point for a leisurely coastal drive, stopping
in at the little villages and beaches on the way.

Crescent Head
Dip your toes in the creek or ride a wave at Crescent Head, one of Australia’s top surfing destinations.

Smoky Cape Lighthouse
One of the best views
in NSW is from Smoky Cape Lighthouse.
Unusual for its octagonal shape, its position on the cape named by Captain James Cook 140 metres above the sea officially makes it the highest in the state. The story of its construction is on display in an on-site museum.

Gladstone and Smithtown
A couple of the Macleay’s best kept secrets are the neighbouring quaint villages of Gladstone and Smithtown, beckoning those who love heritage, history and funky finds. Soak up the ambience and architecture with a walk down the main streets – both towns boast popular local pubs with great local food. (See our Macleay food feature – next page)
Visit the historic ruins of Trial Bay Gaol and museum to discover its history as a colonial prison for coastal port construction convicts and later life as a home for German war internees. Recently voted one of NSW’s top tourist attractions by users of online site Trip Advisor. Sculpture in the Gaol runs from August 10 to September 6.

2. Stuarts Point Holiday Park
is a secluded and serene riverside hideaway. Offering boat ramp and mooring, anglers have an almost unlimited choice of fishing spots. The Park offers clean, well-equipped facilities and is situated close to local shops, the Tavern and the Workers Club.

3. Hat Head Holiday Park
is surrounded by the unspoiled National Park and offers the ultimate beachside escape for nature lovers. Go snorkeling in the pristine waters of Korogoro Creek or bring your kayak or surf ski and explore the waterway. Watch the whales from the headland as they migrate from May to November.

So the next time you are looking for something extra for your holiday experience go to: mvcholidayparks.com.au or call 1300 262 782 for more details about each park.

Read the full story in: Issue 23 of ROAM